Liljas Plast in Hillerstorp has grown as a Swedish family enterprise: 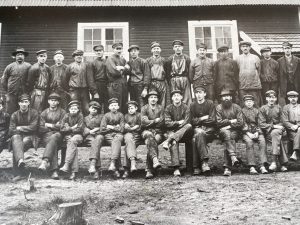 The picture was taken at the company Hörle Tråd, which was started in 1917 by great-grandfather and entrepreneur Johan E. Pettersson.